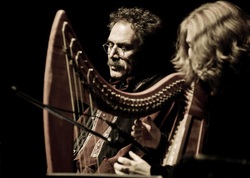 Amy & Amir
Together with Persian traditional singer Amir Haghighi, Amy is part of a confluence of musical and cultural expression that brings together Persian and Celtic music. Amir and Amy create a sound that blends elements of authentic folk traditions and reaches hearts across all borders.

While in Vancouver, Amy and Amir were members of the Vancouver World Music Collective, and both were featured as composers in the award-winning Canadian documentary, "Music for a New World". Amy has played professionally at festivals and concerts with musicians and groups from many cultural backgrounds, including Jou Tou, Tzimmes, and the Vancouver Intercultural Orchestra.
Below are some video and audio of Amir & Amy together.

Festival of the Voice (Abbotsford BC) 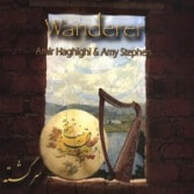 'Chant' from 'Wanderer' CD  (audio only)